Everyone experiences flatulence at some point, releasing a mixture of gases called flatus present in the intestine. The symbiotic bacteria and yeast found in the gastrointestinal tract is what reacts to produce gas; because these gases are usually released under pressure, the passing of flatus is usually accompanied by a sound and often a foul odour. This occurrence can cause embarrassment for people who are experiencing it regularly and uncontrollably in public. Some experience undesirable symptoms with the releasing of gas, including: a feeling of bloating and discomfort, excessive expulsion of wind, belching and abdominal pain.

Remedies and Methods for Treating Gas

Gas or flatulence can be effectively treated using natural, home remedies. The following are a few of the tested methods 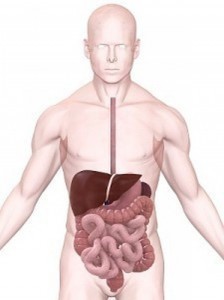 and remedies for treating gas or flatulence:

Clearly, the foods listed are healthy foods that we all need to maintain a balanced diet. So if flatulence is not a major concern, lessening your consumption of these food, instead of removing them from your diet completely is rational measure.

An uneasy sensation felt in the upper part of the stomach, accompanied by an urge to vomit is often described as nausea. It is a common condition that could be caused by various reasons. Some of these reasons include: medications … Continue reading →

Coughs can be acute as those that accompany a flu or cold, or chronic and usually bring discomfort and distress to the sufferer; frequent or severe coughing typically comes with an underlying medical condition. A cough is defined as “a … Continue reading →

A urinary tract infection (UTI) is defined as a bacterial infection that affects any part of the urinary tract. The urine generally does not contain bacteria, viruses and fungi, so when bacteria get into the bladder or kidney and multiply … Continue reading →