A hangover is typically experienced the next morning, after a night of heavy drinking. It refers to the unpleasant physiological consequences of excessive consumption of alcoholic beverages.  The symptoms of a hangover usually include one or more of the following:

Hypoglycemia (abnormal glucose levels), dehydration, acetaldehyde (product of alcohol metabolism) intoxication, and vitamin B12 deficiency are said to be the possible causes of getting a hangover. 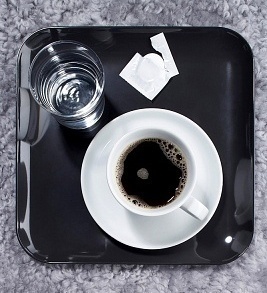 An intoxicated person may lose their sense of judgement and will be unable to function normally. Intoxication can also alter emotions and moods. Some persons feel heightened excitement, anxiety or even depression. The severity of a hangover will depend on how much alcohol has been consumed by the person. Further complications will arise if the person was in poor health, hungry or tired prior to drinking, or if he / she was dehydrated before drinking.

It is always best to avoid a hangover than to have to deal with one. Drinking on an empty stomach is one sure way to run into problems. Always ensure that you have had a sufficient meal before consuming hard liquor. Foods that contain fats and carbohydrates slow down the absorption of alcohol and help in protecting the stomach from irritation. Another way to avoid getting a hangover is to keep drinking ample amounts of water (or sports drink if available) in between drinking, to keep the body hydrated and minimize the effects of the toxin.

The following list includes a few simple home remedies that can be used to combat the effects of having a hangover.

Having a hangover can be quite unpleasant and irritating. The above mentioned home remedies can easily be employed to effectively combat the aftereffects of a night of heavy drinking.

Definition A hangover describes the sum of unpleasant physiological effects following heavy consumption of alcoholic beverages. The most commonly reported characteristics of a hangover include headache, nausea, sensitivity to light and noise, lethargy, dysphoria, diarrhea and thirst. A hangover may … Continue reading →

Diarrhea is characterised by the too regular passing of stools that are loose and without consistency. Although diarrhea is an unpleasant condition, it is an effective way for the body to rid itself of undesirable substances. This is why diarrhea … Continue reading →

Everyone experiences flatulence at some point, releasing a mixture of gases called flatus present in the intestine. The symbiotic bacteria and yeast found in the gastrointestinal tract is what reacts to produce gas; because these gases are usually released under … Continue reading →