Tinnitus is the perception of sound in the ears or head where no external source is present. It is referred to as “ringing in the ears” or “head noise.” The sound heard by persons with tinnitus can only be heard by the affected person. People describe hearing ringing, hissing, screeching, static, roaring, buzzing, electric tones, ocean waves or music. Patients may hear the sounds continuously, temporarily or intermittently with varied volume range. 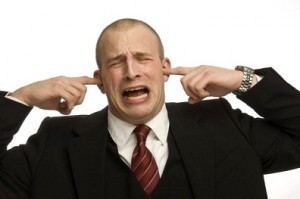 The American Tinnitus Association reports that over 50 million Americans may be affected by tinnitus, of which are about 12 million severe cases. There is also a significant number of persons that suffer from serious debilitation where they are unable to function normally. The exact physiological cause or causes of tinnitus are not known. There are, however factors which are known to trigger or worsen tinnitus, these include: noise-induced hearing loss, wax build-up in the ear canal, certain medications, and ear or sinus infections or other disorders.

Exposure to loud noises can permanently damage and kill hair cells, called cilia, in the inner ear resulting in hearing loss. Approximately 90 percent of all tinnitus patients have some level of hearing loss. The condition can affect anyone and at any age though its more common in adults.

Hearing refers to the ability to perceive sound by detecting vibration in the ear. The ear has three sections, the outer, middle, and inner ears, all work together to process sounds. The outer ear consists of the lobe and ear … Continue reading →

About Earaches The ear functions by receiving sound waves and sending messages to the brain. The outer ear includes the part of the ear that is visible and the ear canal. The sound waves go through the ear canal and … Continue reading →

Ear infections can be quite irritating and very painful. If left without proper treatment, ear infections can lead to serious complications such as hearing loss. There are several home remedies for treating an ear infection. It is always best to … Continue reading →

The skin in our body is an outer covering that is made up of multiple layers of mesodermal tissue. It protects the underlying muscles, bones, ligaments and internal organs. The skin’s function is to protect the body against germs, and … Continue reading →