Asthma is a chronic lung disease that inflames and narrows the airways. Asthma is long-term and makes breathing difficult; the breathing problems are called attacks or episodes of asthma.

Air travels into and out the lungs by bronchial tubes known as airways; people who are asthmatic suffer from inflamed airways which become swollen and sensitive. The airways will react strongly to certain substances that are breathed in and this causes the surrounding muscles to tighten and the airways to narrow. Narrowing of the airways restrict air flow to the lung, worsen the swelling and lead to more narrowing. 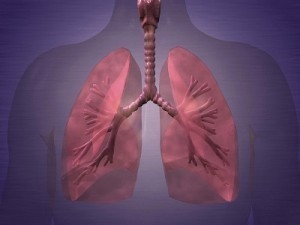 When the airways react, the muscles around them tighten. This causes the airways to narrow, and less air flows to your lungs. The swelling also can worsen, making the airways even narrower. Cells in the airways may make more mucus than normal. Mucus is a sticky, thick liquid that can further narrow your airways.

Asthma causes a wheezing during breathing, chest tightness, shortness of breath, and coughing. The coughing often occurs at night or early in the morning. Asthma can affect anyone but it often starts in childhood. Symptoms are usually started or “triggered” by something that bothers the lungs (asthma triggers). Asthma trigger can be viruses, allergies gases or particles in the air.

Asthma is a chronic but treatable condition. You can manage your condition much like someone manages diabetes or heart disease. You and your doctor can work together to control asthma, reduce the severity and frequency of attacks and help maintain a normal, active life.”

Definition Asthma is a disease affecting the airways that carry air to and from your lungs. People who suffer from this chronic condition (long-lasting or recurrent) are said to be asthmatic. The inside walls of an asthmatic’s airways are swollen … Continue reading →

Asthma treatments are divided into long term and quick term relief. Although the ailment cannot be cured, using these medications can control the symptoms. Long term medications include the following. Inhaled Corticosteroids These are the most widely used and have … Continue reading →

Asthma is a health condition that affects millions of people around the world. Assess the symptoms and the treatments you can undergo. Analyze the ways it can be prevented and how to protect yourself from asthma attacks. Continue reading →

What Causes Shortness of Breath?

Definition Few sensations are as frightening as not being able to get enough air. Although shortness of breath, known medically as dyspnea — is likely to be experienced differently by different people, it’s often described as an intense tightening in … Continue reading →