The immune system in our bodies is of pivotal importance because it is this system that fights and ward off infections and diseases. When this is affected, the ability of the body to combat diseases is severely affected. Hodgkin’s Lymphoma affects the cells of the immune system. The lymphatic system, which is part of the immune system, is made of lymph vessels, lymph, lymph nodes, lymphatic tissues, spleen, tonsils and thalamus. The lymphatic tissues are spread all over the body and so, the Hodgkin’s Lymphoma could begin anywhere in the body. 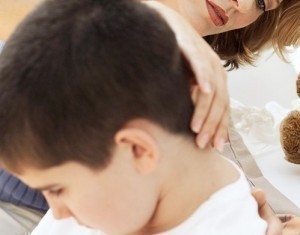 Hodgkin’s Disease typically begins, when a lymphocyte, usually a B cell, becomes abnormal. The abnormal cell is referred to as the Reed-Sternberg cell. These abnormal cells begin to multiply and increase in number. They do not die and they fail to protect the body from infections and diseases. When they grow in number and become a mass of tissue, they lead to the formation of an abnormal growth or tumor.

The following list includes some of the symptoms of Hodgkin’s Disease.

age: Typically, Hodgkin’s Disease is often found in the age group of 15-35 years or people who are 55 or older.

viruses of a certain kind: The risk of developing Hodgkin’s Disease can also be increased due to the presence of certain viruses such as the Human immunodeficiency Virus (HIV)  or the Epstein-Barr Virus (EBV).

history of the disease in the family: If the person has family members who have already been afflicted with this disease, there is a possibility that they may also develop this disease.

Having said that, two factors have to be understood clearly.

1. Hodgkin’s Disease is not a contagious disease.

2. Having one or more of the above mentioned risk factors does no indicate a definite possibility of this type of cancer. There have been instances of people with some of these risk factors who never developed the cancer.

The treatment for Hodgkin’s Disease would depend on numerous factors such as the stage of the cancer, the current status of the patient’s health, his / her age, symptoms present and so on.

There are two types of treatments for this type of cancer namely,

When patients suffer from a relapse of recurrence of the cancer, they may need to receive high doses of either chemotherapy and radiotherapy or in some cases the doctor may decide to use a combination of both treatments. The patient may also need to undergo stem cell transplantation.

Lymphoma is a disease that can be treated effectively if the symptoms are recognized early. Determine the signs of lymphoma and methods of treating the condition. Explore the diagnostic tools available and ways to keep oneself fit and healthy. Continue reading →

A brain tumor is defined as an abnormal growth of cells within the brain or inside the skull. The growth can be benign or malignant. It is further defined as any intracranial tumor created by abnormal and uncontrolled cell division, … Continue reading →

Breast cancer is cancer that affects the breast. The vast majority of breast cancer occurs in women, although men can develop breast cancer too. ‘Cancer’ is the name for a group of diseases in which the body’s cells are changed … Continue reading →

Acquired Immune Deficiency Syndrome (AIDS) is caused by HIV (Human Immunodeficiency Virus). HIV is differentiated from many viruses because of its lethality. It kills or damages the cells of the body’s immune system, and progressively destroys the body’s ability to … Continue reading →