Ovarian cancer is one of the life threatening and chronic illnesses characterized by the development and spreading of cancer cells in the various parts of the ovary. Cancer cells may arise from egg cells as well as the epithelium. The symptoms of this disease are not specific and localized, which cause diagnostic delays. Physicians usually categorize the illness based on tumor histology. The classifications include germ cell tumor, surface epithelial-stromal tumor, sex cord-stromal tumor as well as mixed tumors. In order to identify the appropriate treatments and stage of the cancer, patients and medical experts should have ideas about the minor and major ovarian cancer symptoms. 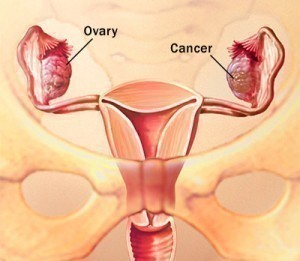 Some of the early signs that can indicate the etiology of ovarian cancer include bloating, pain in the legs, sharp and severe back pain as well as constant pain in the abdomen and pelvis. Other symptoms of the disease are diarrhea, nausea, indigestion and constipation. Additionally, patients can also experience sudden change in eating habits, pain during sexual intercourse, frequency of urination, abnormal vaginal bleeding as well as difficulty in breathing. Patients who frequently or regularly experience these signs should consult with their gynecologists or obstetricians to confirm if they are suffering from the disease.

Stage I and stage II ovarian cancer is difficult to diagnose since the symptoms are not specific and are common to other diseases. Patients who want to confirm if they are suffering from this disease should have a complete blood count. In addition, it is also important that they undergo a serum electrolyte test. To determine if a pregnant woman is suffering from this disease, medical experts assess the serum beta human chorionic gonadotrophin level. Adolescents and young girls should let physicians evaluate the levels of lactate dehydrogenase and serum alpha-fetoprotein because they are at risk of having malignant germ cell tumors.

The treatments suggested by obstetrics and gynecologists depend on the stage of the cancer. In early stages, patients can undergo surgical procedures to remove the tumors; however, the procedures are life threatening if the tumors spread in the other parts of the body. Other treatments that patients can try are intraperitoneal chemotherapy, radiation therapy and multimodal therapy. Patients who want to reduce the risk of having cancer can try different effective and advance medical procedures like tubal ligation and bilateral oophorectomy. Reduction in the use of birth control pills can also decrease the risk of having ovarian cancer.

Testicular cancer is one of the leading causes of death among male patients age 15 years to 40 years. To detect the disease in its early stage, patients should have ideas about the minor and major testicular cancer symptoms. Continue reading →

Liver cancer treatment depends on the cancer stage as well as the health status of the patient. Treatments aim to get rid of the cancer. If that is no longer possible, the goal will be to prevent its growth or … Continue reading →