Widely misunderstood in the past, more information about this disease has come to light in recent times. The following are some of the common symptoms and indicators. 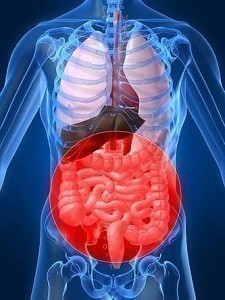 The major warning sign is severe and painful diarrhea. The bowel movement will be frequent. The excrement may be liquid. Most of the time, the stool is fatty and very greasy. The excrement also has an exceedingly foul smell.

Inability to eat properly leads to health complications. This may result in vitamin deficiencies. Lack of minerals may cause osteoporosis. This will cause bone deformities and severe pain. The lack of vitamins and minerals often makes the patient feel very frail and feeble.

A proper diagnosis can be difficult owing to the myriad symptoms that may manifest. Usually a combination of the abovementioned symptoms will enable a doctor to identify this disease.

One test that can be done is a blood examination. The goal is to look for the antibodies present in the immune system. If the disease is present, the antibodies will appear abnormal in the test. Other tests will be conducted to support a positive result.

One of them is an iron level examination. This ailment brings about anemia and an iron test will indicate if this is the case. A stool test will be done as well. Fats in the stool is another disease indicator.

Before treatment is given, a biopsy is performed. This test is one of the most effective ways of testing for the ailment.

If all the tests are positive, the patient goes on a gluten free diet (GFD). Foods that may be eaten include fruits, vegetables and some meats.

Forbidden foods include pasta, breads and oats. Bread and many other foods are not allowed either. This diet has to be maintained for several years. Some recommend that the diet be maintained for life. It has proven to be very effective.

Quite often, medication is given to the patients. They may consist of steroids and some type of immunosuppressant drug. The efficiency of these drugs is still being questioned. They may provide some relief. But the extent of it has yet to be determined. Its usage is dependent on the doctor’s prescriptions.

Celiac Disease Prevention and Cause

The ailment is caused by the body’s inability to absorb gluten. It causes inflammation of the intestine. The end result is difficulty in processing nutrients. No one knows exactly why this happens. However, the illness seems to be hereditary in nature.

Because the cause isn’t known, certified preventive measures aren’t possible to state yet. That being said, the GFD diet has proven very successful against Celiac disease.

Celiac disease is an autoimmune disorder that affects the small intestine and may manifest in genetically predisposed individuals of any age. The disease inhibits the proper absorption of nutrients from food. Persons with the disease are unable to digest gluten, … Continue reading →

Gluten intolerance can bring about great discomfort unless treatment is given by the doctor. Get a deeper comprehension of gluten intolerance and what the major symptoms are. Be updated on the best existing treatments and what foods to avoid. Continue reading →

End stage Renal Disease or ESRD, occurs when the kidneys fail to function properly. They are no longer able to remove the wastes from the body and their lack of functioning can affect other important body functions.  It is a … Continue reading →