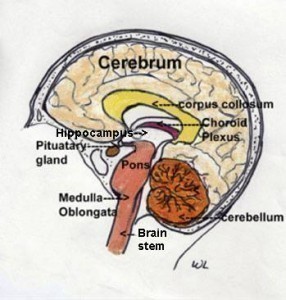 Successful treatment of this condition requires early diagnosis. Without proper medication, this mental illness can become very complex and dangerous for the patient.

Type III (called cyclothymia) patients experience mania and depression but more subtly. These can be difficult to diagnose. Type IV is referred to as rapid cycling. It’s typified by rapid alterations of energetic activity and severe depression.

The symptoms for the low period include inability to focus and feelings of despair. The patient often feels tired. The opposite characteristics are displayed during the high periods. In this state, the individual feels very happy and communicative. It is accompanied by great energy but with little need for sleep.

Diagnosis is performed by a psychiatrist. There are several tests that will be conducted. These include the Millon Clinical Multiaxial Inventory III (MCMI-III), Internal State Scale (ISS), Minnesota Multiphasic Personality Inventory II (MMPI-2) and the Self-Report Manic Inventory (SRMI). These examinations are done verbally or written down.

The psychiatrist will also analyze the behavior and character of the patient. The major signs include being distracted easily and very talkative. There is abnormally high or low self esteem. The patient may say that his / her thoughts are racing and cannot be controlled.

Drugs and medication are given to stabilize a person’s mood especially during the low point of the cycle. There are also medications to help manage the high part of the cycle. One of the most commonly used is lithium. These are taken according to a given schedule.

Another one is carbamazepine. This is given if lithium doesn’t prove effective. It is also used to prevent any convulsions. In particular this is used on patients with the rapid cycle disorder. During severe bouts of depression, anti-depressants may be given. Other drugs used are benzodiazepines and clozapine.

There is no way to prevent this disorder. However, medications help in dealing with the illness. Most important is education. By knowing the signs and symptoms, the patient will be better able to respond. He or she will know exactly what is happening and get the right treatment.

The disorder is biological in origin, but counseling does help. Words of encouragement and support will help the patient and his / her family. A professional counselor will go a long way towards greater understanding of the illness. This might also dissuade the patient from entertaining thoughts of suicide.

The cause is still unknown, but it could be genetic in nature. Statistics show nearly two thirds of all patients have relatives who have had some kind of mental disorder.

Further research will help shed light on the bipolar disorder. In the meantime, an individual should take the steps described to help deal with the illness.

A jag is described as overindulgence in an activity such as crying hence the term crying jag. Crying jags are uncontrolled bouts of crying which may last for long periods and can be cathartic. Developmental psychologist Dr. Aletha Solter states … Continue reading →

The World Health Organization (WHO) describes depression as a common mental disorder that causes the sufferer to have depressed and pessimistic mood, loss of interest or pleasure, feelings of guilt or low self-worth, irritability, restlessness, body aches and pains, disturbed … Continue reading →

Depression is also known as major depressive disorder, which is a mental illness marked by an extremely low mood. It is usually caused by a combination of environmental, genetic and biochemical factors. It is easier to understand this medical condition by taking a closer look at the various depression symptoms, diagnosis and treatments. Continue reading →

To explain it in simple terms, menopause signifies the end of a woman’s menstrual cycle. Menopause is a natural part of a woman’s life and is usually confirmed when a woman has missed her periods for 12 consecutive months (in … Continue reading →