What is Obsessive Compulsive Disorder?

Experts once thought that obsessive compulsive disorder or OCD is very difficult to treat. OCD is a kind of anxiety disorder where those who suffer from it are characteristically obsessed with repeated behaviors. Those who suffer from this illness will have these repetitive compulsions to the point that these behaviors already interfere with their daily lives.

Obsessions, in the context of this illness, refer to impulses, ideas, and images that run through one’s mind repeatedly. It should be understood that those with OCD do not want any of these thoughts. They often find them disturbing. However, the fact remains that these people cannot control them. The frequency of these obsessions isn’t the same. Some have them only occasionally, others have them every once in a while, while others have them all the time. 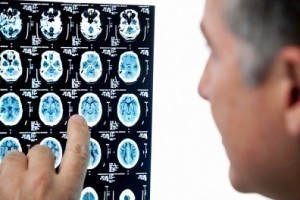 Compulsions refer to the behavior that a person with OCD tends to repeat over and over. These repeated behaviors are caused by fear and nervousness. Compulsive behaviors in the end become rather ritualistic in nature. When the feeling of fear returns that person with OCD will perform the necessary compulsive routine all over again.

Examples of Common Obsessions and Compulsions

Here are some of the common examples of certain behaviors that people with obsessive compulsive disorder may exhibit. One person washes both hands, showers, or brushes teeth repeatedly for fear of dirt and germs. Another common behavior is checking locks, drawers, and appliances to see if they are shut.

Other common behaviors include repeatedly seeking reassurance from friends, counting over and over again, saving containers, newspapers, or mail even when they are no longer needed, and placing or arranging things always in a certain way. Others even touch specific objects several times.

OCD treatment also includes behavioral therapies and cognitive behavioral psychotherapy. Therapies include exposure therapy and ritual prevention. The goals in these therapies include changing negative thinking styles and resisting urges. Participants are placed in situations that trigger the behaviors and are encouraged not to perform the associated rituals.

Defining Panic Attacks When one describes a panic attack, they often describe a sudden burst of terror or at least feelings associated with fear. These attacks usually occur without any warning and occur in episodes. These outbursts or episodes of … Continue reading →

Anxiety is otherwise known as generalized anxiety disorder. It is usually characterized by exaggerated and excessive anxiety about ordinary events in life. Usually there are no reasons behind such excessive worries. In fact, there aren’t even any obvious reasons why … Continue reading →

Treatments for drug addiction can be divided into several categories. Any of the following methods may be tried. What is important is to stick to the program. Stopping treatment prematurely may lead to a relapse. Therapy Sessions and Counseling The … Continue reading →

What is fear Fear is an emotional response to a threat. It is a basic survival mechanism occurring in response to a specific stimulus, such as pain or the threat of danger. Fear should be distinguished from the related emotional … Continue reading →