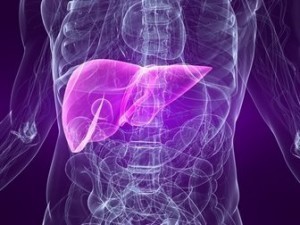 Liver failure is a severe medical condition characterized by the incapacity of the liver to do its normal metabolic and synthetic functions in relation to physiology. It comes in two different forms, which are chronic liver failure and acute liver failure. The former is closely related to cirrhosis, which is caused by a variety of factors like the development of autoimmune disease, hepatitis B and excessive alcohol intake. The latter, on the other hand, takes place when there is decreased protein production like blood clotting proteins and albumin. Add to that, it is also associated with the onset of hepatic encephalopathy, the symptoms of which include coma, stupor and confusion. Here is a closer look at the different liver failure symptoms, diagnosis and treatments.

There are several major and minor symptoms of liver failure. Early signs include muscle tremors, tenderness in the upper right part of the abdominal area and sleepiness. Another early sign of this disease is jaundice, a condition wherein the color of the eyeballs as well as the skin has turned into a yellowish color. Most of the time, people suffering from this severe medical condition can also experience confusion, disorientation and difficulty in concentrating. Furthermore, the disease is also marked by a general sense of not feeling well, vomiting and nausea.

Diagnosis plays a very big part in the survival of patients from this chronic health problem. Performing diagnostic procedures and exams can actually help determine the real cause or causes of this serious medical condition. Likewise, these methods can rule out other possibilities and diseases. Conducting blood tests on patients can actually check if the liver is functioning properly. The prothrombin time test is also very useful, especially in matters concerning the capacity of the blood to clot.

Because of the severity of this medical condition, the examination of liver tissue is highly recommended. Making this all-important move can actually aid physicians in identifying the real cause of the disease, particularly why the liver is failing. For acute liver failure patients, doctors usually prefer the use of the so-called transjugular liver biopsy.

This condition is so serious that patients suffering from liver failure are treated inside the intensive care units of hospitals. If the failure is caused by mushroom poisoning or acetaminophen overdose, patients can take medications that can help reverse the toxic effects. Using the so-called supportive treatment, patients are provided with mechanical ventilation, optimalization of the fluid balance and adequate nutrition. For those individuals with adverse prognostic factors and highly deteriorating liver function, doctors may recommend them to undergo liver transplantation. Liver dialysis is also a possible treatment option, which can actually help replace the normal functioning of the liver.

What Causes Liver Enzymes to Elevate?

What are liver enzymes Liver enzymes are proteins that help speed up chemical reactions within the liver. They perform a variety of functions in the body, such as filtration and cleansing of  blood, excretion and metabolism. The liver is greatly … Continue reading →

Definition of Liver Disease Liver disease or hepatic disease describes any disease that affects the liver. Most liver diseases will be accompanied by jaundice which is as a result of elevated levels of bilirubin in the circulatory system. The bilirubin … Continue reading →