The hand foot and mouth disease is a common disease (viral illness of infants) among children. The disease causes fever and blister like eruptions in the mouth or skin rash. It is often being confused with foot and mouth disease of cattle, sheep, and swine. The two diseases are not the same. Moreover, they are caused by different viruses. Humans do not get the animal diseases and animals do not get the human diseases. 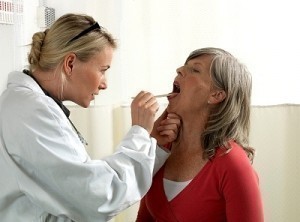 How It Is Spread

For more information on Hand Foot and Mouth Disease read:

Fifth disease or erythema infectiosum is caused by parovirus B19. It is not the same virus that is seen in household pets and cannot be passed from animal to human. It usually affects children within the 5-15 age group though … Continue reading →

Mercer Disease is a highly infectious disease caused by the bacteria Staphylococcus aureus. It is also known as MRSA which is an acronym for Methicillin Resistant Staphylococcus Aureus. What makes mercer disease so dangerous is the fact that as its … Continue reading →