There are certain factors that increases the likelihood of developing cardiovascular disease. These factors are primarily related to lifestyle although some genetic factors will play a role in the development of these kinds of disease. The risk factors will include the proceeding. 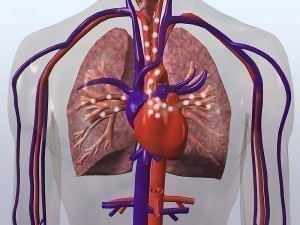 It is not uncommon for the disease to be asymptomatic in the first phases of development. However once the disease progresses to the point where the heart has deteriorated some symptoms will become painfully obvious. These may include the following:

Most cardiac disease symptoms will materialize after some type of physical activity most likely exercise. Individuals over time observe a decreased ability to function doing normal activities.

The type of treatment will depend on the disease that manifests. Treatment may include the administering of medications and surgery. The medications that will be used will generally alleviate the symptoms associated with the disease but will not be a cure for the existing condition. In some cases especially with a stroke much of the damage if severe will be irreversible. However surgery, medication and rehabilitation may improve the general prognosis. In most cases of cardiovascular disease changes in lifestyle will have a profoundly positive effect on the overall outcome. These changes may include eliminating smoking, eating healthier foods, exercising regularly, minimizing stress levels, controlling other conditions like diabetes and hypertension and maintaining an ideal body weight.

Definition The term “cardiovascular disease” is often used interchangeably with “heart disease”— a term that generally refers to conditions that involve narrowed or blocked blood vessels that can lead to a heart attack, chest pain (angina) or stroke. Other heart … Continue reading →

Definition of Coronary Artery Disease Coronary artery disease (CAD) occurs when the arteries and blood vessels that supply the heart with blood and oxygen begin to narrow affecting the functioning of the heart . This develops as a result of … Continue reading →

Definition of Chronic Heart Disease Chronic heart Disease may be defined as a disease that progressively causes deterioration of the heart and its functioning. Heart disease is widespread worldwide and has been estimated to be the leading cause of death … Continue reading →