Valvular heart disease is a disease that affects at least one or more of the valves within the heart. The heart maintains four types of valves: the pulmonary and tricuspid valves on the left and the aortic and mitral valves on the right. The valves are located at the opening of each heart chamber and allows one directional movement of blood. When the valves malfunction it may cause the blood to flow incorrectly resulting in leakage from the valve(s) and poor circulation.

Valvular disease may materialize because of a congenital defect which occurs during the gestational period or it may develop over the course of a lifetime. The immediate cause of the disease is unknown in some manifestations of the disease.

There are two major diseases that may induce valvular dysfunction these are: rheumatic heart disease or endocarditis.

Other diseases may also prompt valvular disease including: syphilis and other sexually transmitted infections, hypertension, heart attack and cardipmyopathy among others. 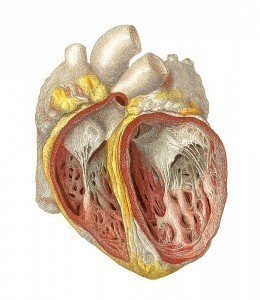 The symptoms may be similar to some other conditions however it is still important especially when over a certain age to be examined by a doctor to eliminate the possibility of this potentially serious condition.

Treatment for the disease will generally involve: the administering of specific medications to decrease the severity of the disease; antibiotic treatments may also be used to lower the probability of developing any infections and surgery may be undertaken to repair or replace the valve if at all possible.

Inflammatory heart disease is caused due to the inflammation of the heart muscles and / or the tissue surrounding the heart because of an infection. The infection may stem from a bacteria or virus or from an internal irregularity. It … Continue reading →

Heart Disease is defined as any disease that may affect the heart. Heart disease is prevalent in many western countries and has been declared to be the leading cause of death in the United States. Coronary heart disease is the … Continue reading →

Definition The term “cardiovascular disease” is often used interchangeably with “heart disease”— a term that generally refers to conditions that involve narrowed or blocked blood vessels that can lead to a heart attack, chest pain (angina) or stroke. Other heart … Continue reading →