This ailment is generally divided into three kinds: gastric, duodenal and peptic. However, they usually exhibit the same symptoms. 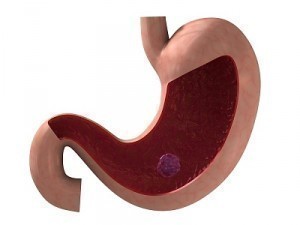 The first major indicator is indigestion. The severity of the pain varies, but sometimes the sensation is accompanied by heartburn. There is a sense of feeling very hungry. Sometimes the opposite is felt; the stomach feels very full that eating is almost impossible. Some patients feel nauseous and may vomit.

Some people feel the pain early, as in a few minutes after eating. Others feel the symptoms a couple of hours after eating. If the pain brings on a fever, perforation may have taken place. Perforation means the intestine has been torn open. This condition can be fatal.

The disease often appears among males over the age of 45. Also, some families appear to be more predisposed to it than others.

Doctors begin the examination by assessing the patient’s medical history. This is required so the severity can be evaluated properly. Another sign of ulcer problem is an unexplained weight loss.

Other causes are smoking and taking of NSAIDs (non steroidal anti-inflammatory drugs). NSAIDs can trigger the ailment, so the doctor must know if the patient takes any.

An endoscopy is usually conducted. A tube is set down the patient’s throat. It is equipped with a camera so the doctor can see the stomach and check for any problems. Imaging techniques and X-rays are other diagnostic tools that can be used.

There are over the counter drugs that can reduce the pain. Antisecretory drugs limit the acidity in the stomach. Protective medication makes a lining around the mucous membrane. This keeps acid away. If the pain keeps repeating, tetracycline may be given. This is used to kill the bacteria.

If these medications don’t work, surgery may be the only option. Doctors may remove the vagus nerve, which handles abdominal acid release. Before an operation is performed, blood tests will be done.

This is done to check for any signs of anemia. Anemia may be caused by bleeding ulcers. During an endoscopy, tissue samples may be taken. Scissors are linked to the tube. This is used to cut a piece of the mucuous membrane.

Taking medication aside, one can keep the disease at bay by eating a balanced diet. Excessive acidity may be caused by too much fat and cholesterol. Lessening the intake of NSAIDs is recommended. NSAIDs include aspirin and ibuprofen.

Those who prefer alternative treatment should drink cabbage juice. Herbs like goldenseal and plantain may be helpful too. Quitting smoking will also be advised by doctors.

Reducing alcohol intake is also necessary. While tea is generally healthy, too much can cause problems with the ulcer. Problems will also arise from drinking too much coffee and sodas.

The many problems associated with ulcer pain can be dealt with if one knows the facts. The more you know, the more easily you can determine if over the counter drugs will work or an operation is needed.

Acquiring information about ulcer pain is the best way to deal with the ailment. Assess the causes and symptoms of ulcer pain and how it is best treated. Continue reading →

Indigestion and heartburn are often mistaken for one another but they are not the same. Distinguish between the symptoms of heartburn and indigestion and avail of the correct treatments. Take preventive steps and avoid the ailments altogether. Continue reading →

An understanding of the many problems that can arise from the pancreas is essential to receiving the right treatment. Get the facts about pancreatic problems and the treatments at the patient’s disposal. Continue reading →