If you are suffering from ulcer, it’s important you know the various causes and how it is treated. The more you know about it, the easier it will be to manage this ailment.

There are three main sources. They are infections, taking certain medication and other ailments. Sometimes a person afflicted with other diseases will release stomach juices which cause pain.

One of the most common causes are the NSAIDs (non steroidal anti-inflammatory drugs). These are used to prevent sore muscles and menstrual camps among others. 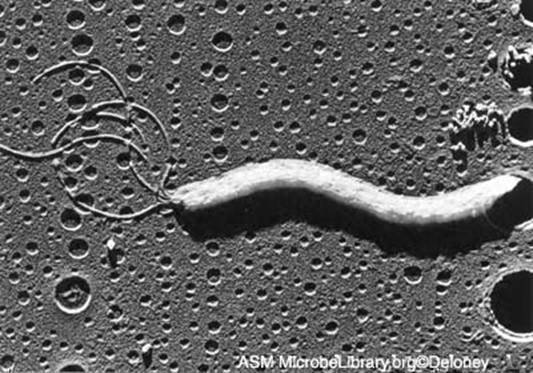 However the medication can produce unhealthy side effects. Some NSAIDs that can induce ulcer are aspirin, acetaminophen and ibuprofen. In some cases the pain they produce can be sharp.

Medical research has shown those who take NSAIDs frequently are 50 times more susceptible to getting some form of stomach pain. When doctors make a diagnosis, the NSAIDs consumption is accounted for.

Zollinger Ellison syndrome can also release plenty of stomach juices in the body. Smoking may also cause ulcers. Stress is often said to cause ulcers. However there is still no proof for this.

The most common sign is indigestion. There is also a feeling of heartburn. In severe cases, there is internal bleeding. Others report a dull pain. Some feel hungry or always full. A lot of people also feel nauseous. This uncomfortable feeling leads to loss of appetite. If the condition worsens it leads to weight loss.

While some feel the pain after eating, most experience it an hour or two later. About 20% of people with peptic ulcer don’t show symptoms at all. This can lead to complications like hemorrhage, scarring tissues and spreading.

Diagnosing is necessary even if the patient tells the doctor that he / she is suffering from stomach pain. It is needed to determine how severe the condition is. Some of the things the doctor will assess are gender (more common in males), weight loss and age. It is most common over males over 45 years.

Other information the doctor will check are NSAIDs consumption or feeling nauseous. The patient will be asked if he / she smokes. An endoscope may be utilized to check the stomach for signs of the ailment.

There are several over the counter drugs that can treat dull or severe stomach pain caused by this illness. Antisecretory drugs can remove the excess acidity in the stomach. Protective drugs on the other hand, create a lining that shelters the mucous membranes from the acid.

Those seeking alternative may try drinking cabbage juice. You can also try herbs like goldenseal, plantain and geranium. Zinc and selenium may help. The best preventive measures are to lessen or avoid NSAIDs and quit smoking. You should also lower consumption of alcohol, caffeine and tea. Sodas and soft drinks should be avoided too.

Information is the key to fighting ulcer pain. With the right medication, the ill effects of the illness can be removed quite easily.

Understanding the reasons behind gas pain will help you deal with it effectively. Uncover the causes of gas pain and techniques for removing the aches and discomfort. Continue reading →

Although stomach pain is one of the most common types of pain felt in the human body, it can also indicate all sorts of signs about your health. Fortunately, there is a comprehensive guide to understanding stomach pain and what it tells about your body. Continue reading →