Treatments for bacterial vaginosis or BV usually consist of antibiotics. Keep in mind this is not a sexually transmitted disease. What happens is that bacteria overgrow because the vaginal pH becomes more alkaline.

There are several antibiotics that may be used such as clindamycin and Metronidazole (vaginally or orally). For Metronidazole, the dosage is twice a day, 500 mg. This is to be taken for a week.

Alternatively one can take a single 2 g dosage. Probiotics are not effective on its own to treat BV. But it is effective if used with antibiotics.

treatment. There is no need to treat the sexual partner. 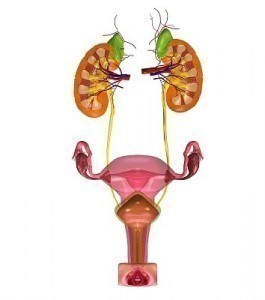 Women with heavy periods should ask their doctor for help on lessening their blood flow. Chances of getting BV are reduced by using condoms during sex. Since sperm is alkaline, it can change the pH of the vagina.

There is more vaginal discharge than usual, and it has a green, gray or watery color. There is a fishy or alkaline odor. This smell can come and go. There is a burning sensation in the vulvar tissue. Itching is sometimes felt.

Bacteria are present in the vagina; they are part of the environment there. However, pH changes cause them to overgrow, leading to BV. Without treatment for bacterial vaginosis, the symptoms described earlier will manifest.

Apart from sexual intercourse, menstruation can also increase the vaginal pH. Women are more susceptible to BV during menopause due to hormonal changes.

Research has shown that thongs may cause BV too. This can happen because the material is rubbed on the vagina and anus. Studies have shown that BV is most common between women ages 15 to 44.

Women with multiple sexual partners are prone to the condition. Research has also shown that pregnant women with iron deficiency may be at risk.

Among pre-pubescent girls, BV may be brought about by strep. Bacteria may also get in due to improper hygiene after bowel movement.

If BV is not treated, one becomes susceptible to sexually transmitted diseases (STDs). Other health complications may arise if the woman is pregnant. BV has also been linked to an increase in Pelvic inflammatory disease (PID) after undergoing processes like abortion.

Diagnosis consists of speculum examination and taking swabs from the vagina. The swabs will be evaluated for the fishy smell (called the whiff test). The test is conducted by putting the vaginal discharge on a microscopic slide and adding potassium hydroxide to it.

The acidity is also tested. The vagina is naturally acidic so bacteria growth is controlled. The vaginal discharge is placed on litmus paper and sodium chloride added to it. If the pH is higher than 4.5, it is indicative of alkaline and possibly BV.

Although BV is not an STD, risks of acquiring one go up if the condition is not managed. By getting the appropriate treatment for bacterial vaginosis, potential health problems will be avoided.

STD, which stands for sexually transmitted disease, is a severe medical condition that can be transmitted via sexual contact. Some of the common diseases include gonorrhea, genital herpes and Chlamydia. People can manage these conditions more easily if they are to know the various minor and major STD symptoms, including the diagnosis and treatments for such diseases. Continue reading →

The yeast infection symptoms are highly treatable with several treatment forms available. Learn the various classic symptoms of yeast infection in order to know how to make your own diagnosis of the condition. Continue reading →

Pelvic inflammatory disease (PID) is infection of a woman’s reproductive organs. Infection spreads upward from the cervix to the uterus, fallopian tubes, ovaries, and surrounding structures. Bacteria can infect the fallopian tubes and cause inflammation. When this happens, normal tissue … Continue reading →

Also known as conjunctivitis, this infection is an inflammation of the conjunctiva, the membrane lining the eyelid. This causes blood vessels to appear more visible, hence its pinkish / red color. Pink Eye Treatment for Bacterial Conjunctivitis Your doctor could … Continue reading →