As its very name suggests, a silent heart attack does not give much prior warning to the patient suffering from it. Often, they do not even realize that they have a condition until they suffer from the attack. Having said that, there are a few early indicators that may indicate the possibility of the person being susceptible to a silent heart attack. Read on to find out about these symptoms. 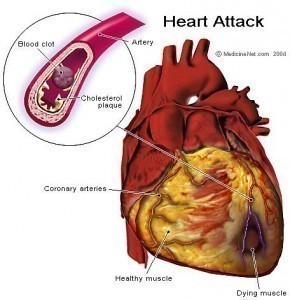 The following are some of the  signs and symptoms that may be experienced by a person who is likely to suffer from a silent heart attack.

The doctor may use a stethoscope or another device to check the heartbeat. Abnormal sounds are indicative of the ailment. The blood pressure will be taken as well as the pulse rate. A physical examination will also be conducted. The patient’s medical history will be assessed.

Other tests shall be performed to check the heart and the overall condition of the patient. These will include a CT scan, a coronary angiography and an echocardiography. An ECG (electrocardiogram) will be conducted. This may be repeated several times.

Additional tests include an MRI, CBC (complete blood count) and nuclear ventriculography. All these tests don’t have to be undertaken. It entirely depends on the doctor who is treating the patient.

Anyone who experiences a heart attack must be taken to the hospital immediately. Even if the attack seems mild, someone must accompany the person. The individual will be attached to an ECG to get a diagnosis. Arrhythmia (an irregular heartbeat) may accompany the attack. In this case, electrical cardioversion will be necessary.

Angioplasty or thrombolysis are necessary to get blood circulation back to normal. The former opens the artery while the latter dissolves the blood clots. Blood clots block the arteries.

Some doctors give aspirin to prevent extensive damage. In emergency situations, an operation will be performed. Oxygen will also be supplied if needed.

Heredity factors and genetics make people more susceptible to heart disease than other causes. However, even those who aren’t predisposed, might suffer one if they fail to take preventive measures.

If the person has the habit of smoking, he / she needs to put an end to it to avoid having potential heart related issues. Drinking a couple of glasses of wine is recommended, but not more than that. Other alcoholic beverages may cause damage to the heart. Consult the doctor prior to taking any of these beverages.

Baked fish and vegetables should make up a large part of the diet.

A regular exercise routine along with a well-balanced diet will enable to ensure the general health and well-being of an individual. It is also advisable to have routine health checkups and screenings done in order to identify any possible issues and treat them accordingly.