Diarrhea is characterised by the too regular passing of stools that are loose and without consistency. Although diarrhea is an unpleasant condition, it is an effective way for the body to rid itself of undesirable substances. This is why diarrhea usually follows conditions like food poisoning; the body is trying to rid itself of the substances that are unsuitable for the digestive system. Diarrhea is also associated with the following symptoms: vomiting, stomach cramps, thirst, fever, nausea and dehydration. Diarrhea is especially problematic in babies and persons over 65–if dehydration and loss of electrolytes occur, diarrhea can be fatal.

Apart from food poisoning, and bacteria in food and water, diarrhea is commonly caused by viruses, excessive alcohol consumption, laxatives, and caffeine. Also, some medications, like penicillin, can trigger diarrhea as a side effect; finding blood or mucus in the stool is a sign of infection or parasites. 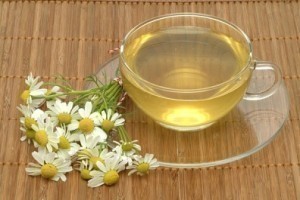 Because the body uses Diarrhea as a natural way to rid harmful toxins from the body, it may be harmful to stop diarrhea too soon. However, sometimes diarrhea does not work to flush the body of the toxin, and so will go on for days, which causes complications such as dehydration and loss of important nutrients.

There are drugs available for the treatment of diarrhea, but they tend to interfere with the natural process of cleansing the body requires. In using natural remedies, we help the body to feel better without interfering with the immune systems functions.

Having diarrhea can be quite a debilitating experience. It is characterized by the increase in the number and frequency of one’s bowel movements. There is a looseness of a patient’s stool. It is also characterized by an increase or rather … Continue reading →

An uneasy sensation felt in the upper part of the stomach, accompanied by an urge to vomit is often described as nausea. It is a common condition that could be caused by various reasons. Some of these reasons include: medications … Continue reading →

Poison ivy are plants that can occur anywhere, even in your own backyard. Poison ivy’s green leaves tend to camouflage well with other harmless plants and brush, so it is possible to touch it without being aware. You will notice … Continue reading →