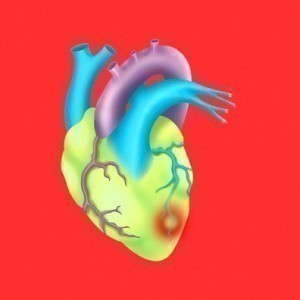 When the heart has a blocked blood supply, the person experiences mild heart attack symptoms which can be a risk factor to more serious complications and outcomes that can even lead to death. The severity of the symptoms varies according to the extent of the blood supply blockage to the heart.

It is important that early recognition, diagnosis and treatment of mild heart attack symptoms are immediately established as it can help save life and provide preventive measures to retard the more debilitating effects of a major heart attack.

Angina pectoris or chest pain is considered as a precursor to a heart attack. It signifies that there is insufficient blood flow to the heart which deprives the heart with oxygen and nutrients especially during physical exertion, emotional stress and activities. The nature of pain on the chest is characterized with strangulation and suffocating effect and commonly felt from below the breastbone and may be felt on the left side of the chest.

In mild heart attack, the pain usually gets better with rest and may last for about 15 minutes. Aside from chest pain, other mild heart attack symptoms include sweating, dizziness, palpitation, pain felt on the neck, jaw and arm, and nausea. Shortness of breath is sometimes very prominent in mild attacks. A choking sensation in the throat is also experienced, feeling of indigestion characterized by heaviness in the upper abdomen as well as fatigue and weakness are also felt.

Diagnosis is based according to the patient’s reported symptoms, physical examinations, laboratory, and diagnostic tests. Coronary angiogram can help a cardiologist recognize the site of blockage in the artery using an injectable dye. Other diagnostic tools used are electrocardiogram, blood tests, nuclear scans, x-ray on the chest, and echocardiogram.

The treatment intervention for mild heart attack symptoms is directed to limit the extent of damage to the heart and to arrest the symptoms that the heart attack manifests. Oftentimes, the first line of treatment provided to alleviate the common mild heart attack symptoms even before a diagnosis is establish include oxygen for difficulty in breathing, aspirin to prevent more clotting of the blood, nitroglycerin to improve coronary blood flow and cheat pain alleviation.

Silent heart attack is by far the most difficult of all heart diseases to recognize. Discover the signs of a silent heart attack and the means of diagnosing the condition. Examine the latest treatments and some preventive measures. Continue reading →