Liver disease or hepatic disease describes any disease that affects the liver. Most liver diseases will be accompanied by jaundice which is as a result of elevated levels of bilirubin in the circulatory system. The bilirubin is customarily removed from the blood by the liver and excreted in the bile, however manifestations of liver dysfunction will hinder this process. The particular liver disease will be classified in relation to its cause and effect on the organ.

Liver disease may be induced by injury, exposure to drugs or other noxious compounds, a genetic disorder or an autoimmune process. All these causative factors will lead to specific liver diseases which will include the following: 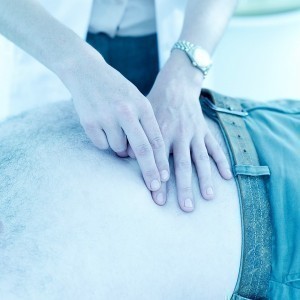 It is not unusual for liver disease to be asymptomatic or seem very mild with feelings of weakness and energy loss in the first phases of disease development. The symptoms will be more pronounced in acute liver disease and will include: dark urine, jaundice, light bowel movement, nausea, vomiting and decreased appetite. Chronic liver disease will maintain similar symptoms to acute liver disease like jaundice and dark urine but will also exhibit other symptoms most notably unexplained weight loss, abdominal swelling, abdominal pain and pruritus (an itchy skin condition), usually these symptoms will begin when the disease has much advanced.

It is best to prevent liver disease by the available means. There are vaccines that can protect an individual from certain strains of the hepatitis virus specifically hepatitis A and B. Also it is possible to avoid contracting hepatitis viral infections by being careful not to get in direct contact with blood, using potentially contaminated needles and unprotected sex among others.

It is possible to experience liver inflammation that heals over time, however the ensuing liver damage is usually permanent.

The treatment will typically consist of protecting the undamaged areas, sustaining existing liver function, reducing the possibility of additional damage and confronting the reason for the organ’s deterioration.

The methods for dealing with liver disease will include the administering of medications, surgery and in the most extreme cases performing a liver transplant.

Once an individual is stricken with liver disease he or she may have to be clinical monitored for a lengthy period of time.

What Causes Liver Enzymes to Elevate?

What are liver enzymes Liver enzymes are proteins that help speed up chemical reactions within the liver. They perform a variety of functions in the body, such as filtration and cleansing of  blood, excretion and metabolism. The liver is greatly … Continue reading →

Liver failure is a serious health problem marked by the incapacity of the liver to do its normal metabolic and synthetic roles in relation to physiology. It has two major forms, namely chronic liver failure and acute liver failure. For a better understanding of what this disease is all about, it is good to check the various liver failure symptoms, diagnosis and treatments. Continue reading →