Chronic obstructive pulmonary disease (COPD) is generally associated with the diseases emphysema and chronic bronchitis. These two diseases involve characteristic chronic obstruction of the airways within the lungs subsequently affecting airflow. The obstruction is likely to be permanent and will progress with the passage of time.

Some factors may increase the risk of developing chronic obstructive pulmonary disease. A few of these factors are listed below. 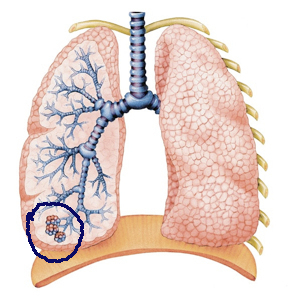 As chronic obstructive pulmonary disease develops, it progresses to a stage where symptoms become more evident. These symptoms will include the following:

COPD treatment will involve the following:

When people have bronchitis, the air passages in their lungs are suffering from acute inflammation. The major and minor signs of the disease include chest discomfort, wheezing and shortness of breath. Help fight off the different bronchitis symptoms by learning its various important aspects including diagnosis and possible treatments. Continue reading →

Definition of Chronic Heart Disease Chronic heart Disease may be defined as a disease that progressively causes deterioration of the heart and its functioning. Heart disease is widespread worldwide and has been estimated to be the leading cause of death … Continue reading →

The Interstitial Lung Disease (ILD) also known as the Diffuse Parenchymal Lung Disease (DPLD) refers to a group of lung diseases affecting the interstitium (the tissue and space around the air sac of the lungs) . The term ILD is … Continue reading →