Inflammation of the urinary bladder and urethra are known as UTI (urinary tract infection). There are actually two types, cystitis and urethritis. Their symptoms are similar though. 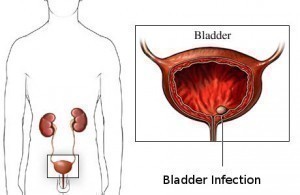 There is usually some minor pain in the lower back or sides. In more serious cases, the pain is accompanied by vomiting. Nausea and chills may also be felt.

When the major symptoms manifest it usually means that the upper
urinary tract has been affected also. The symptoms are also the same for men. The duration of the pain varies and so does the intensity.

Diagnosis begins when the patient informs the doctor of the emerging symptoms. During physical evaluation, the doctor will look for swelling in the back where pain is often reported. Men will be checked for kidney enlargements or bladder swelling. Children will be examined for fever and any unusual masses in the body.

Urine samples will then be taken. These tests can be done using dipsticks or microscopic scrutiny. The goal is to determine the immune system’s action against infections. Infection is likely if bacteria are detected in the urine. Presence of pus or blood is indicative of an acute infection.

Female patients are also subjected to pelvic exams. A vaginal bacterial count is also conducted. Among males, prostatic fluid is taken and analyzed.

Medication depends on the severity or complications (if any). For mild to average UTI cases, sulfisoxazole, amoxicillin and ampicillin will be sufficient. Other antibiotics are penicillin, sulfamethoxazole and nitrofurantoin.

Trimethoprim and cephalosporins may be taken also. Flouroquinolones is prescribed for those 18 years old and below. These medications usually remove the symptoms in less than a week.

If pain is felt, flouroquinolones may be prescribed. Women with repeated UTI cases are usually given nitrofurantoin. Men are usually advised to take trimethoprim. If the patient is dehydrated, drugs are administered intravenously.

In severe cases, surgery may be needed. More medications will be given if there are bacterial complications.

Doctors have suggested drinking plenty of water. Voiding after sexual intercourse is also a good idea. Regular cleaning of the sections surrounding the urethra will also be helpful. For men, going for prostate checkups is suggested as cases of prostatitis may lead to UTI.

Chances of contracting UTI go up when a person has multiple sex partners. Heath conditions like diabetes also makes one susceptible. Some women lack a certain enzyme that makes bacterial entry easier.

Lack of hygiene is another reason that the infection spreads. Women who have had cystitis in the past are more likely to experience it again. This can happen in two years.

Most cases of bladder infection or UTI can be treated easily. Women usually respond to treatment in five days and men are cured within ten days. To prevent its occurrence, the guidelines suggested above should be followed.

A bladder infection is normally not an extremely serious condition. However it may be irritating to deal with such an infection because of the inconvenience of having to use the bathroom more frequently. A bladder infection may be caused by … Continue reading →

A urinary tract infection (UTI) is defined as a bacterial infection that affects any part of the urinary tract. The urine generally does not contain bacteria, viruses and fungi, so when bacteria get into the bladder or kidney and multiply … Continue reading →